Congratulations to our Newest Branch Manager at Biltmore Lakes Office

Ayala, who has been with Fidelity National Title Agency for nine years, most recently served as Assistant Branch Manager of Fidelity’s Scottsdale Kierland office.

Ayala is responsible for the day-to-day operations of the branch, overseeing the overall profitability of the branch, as well as training and coaching her team. As an escrow officer, she specializes in the residential segment of real estate, focusing on resale, refinance, investor, and builder transactions. 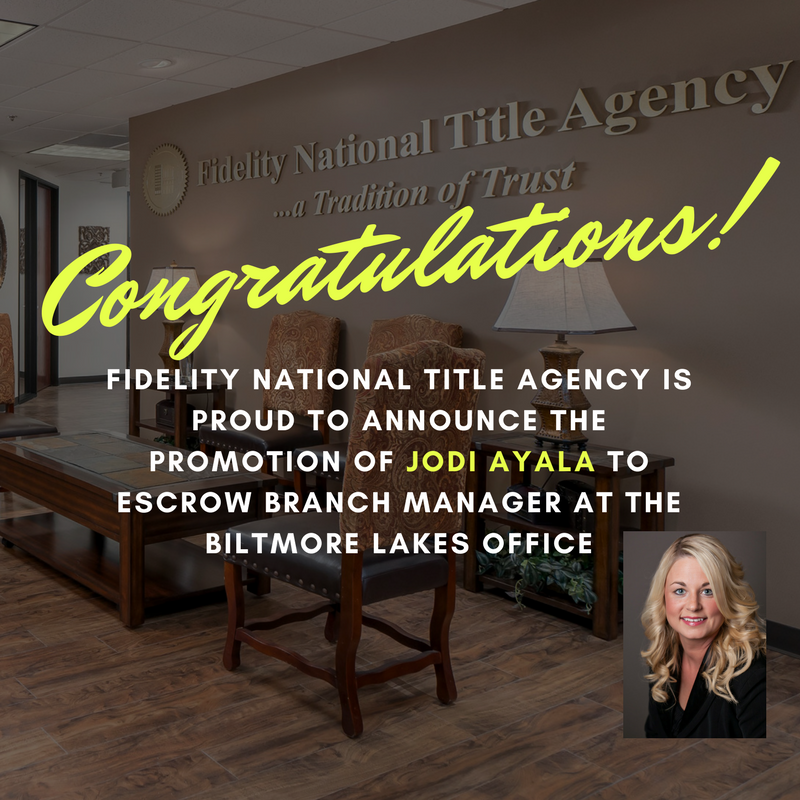