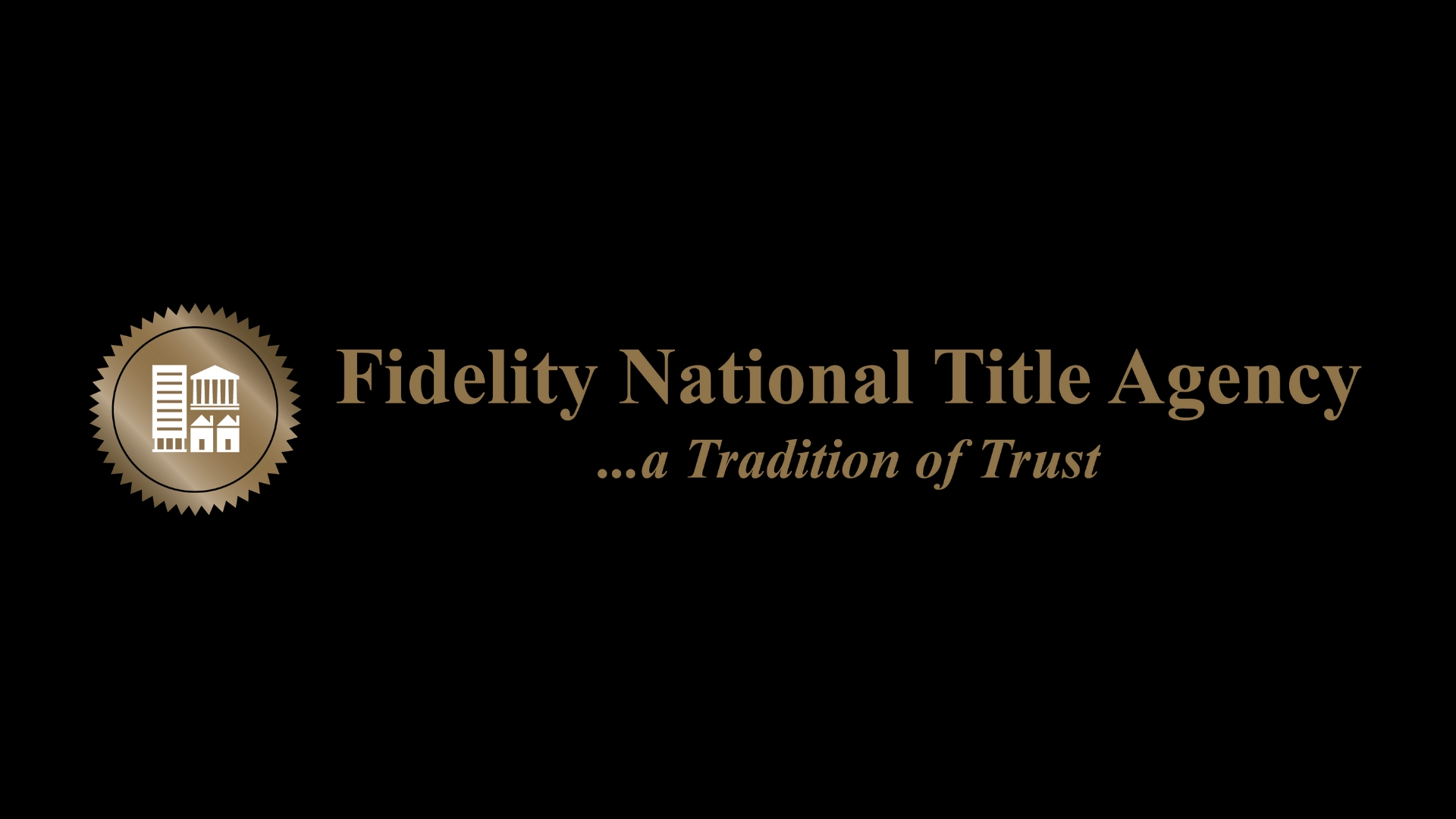 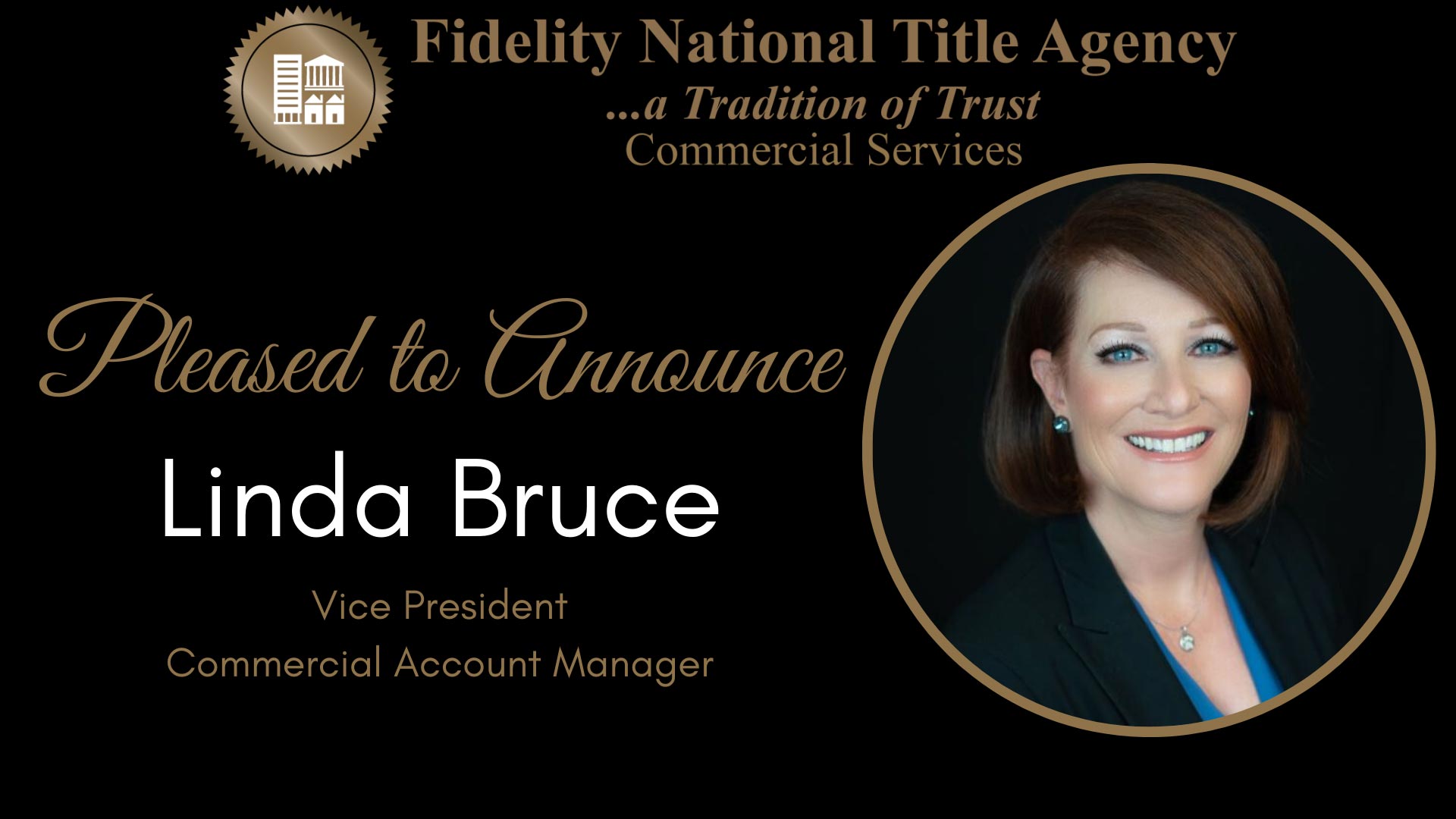 Bruce has been a vital member of Fidelity’s commercial services sales team for more than 13 years and has 25 years of experience in sales and marketing with a high-level customer service. In 2007, her role expanded to the Commercial and Banking Partners segment, where she achieved outstanding results by growing an impressive portfolio of diverse clients in the commercial and banking industry.

Bruce has achieved numerous awards at Fidelity and currently holds the prestigious “Hall of Fame” honor. Bruce graduated with a bachelor’s degree in communications and marketing from the University of Arizona.

Prior to joining Fidelity, Bruce worked at Showtime Networks with strategic accounts in the fast-paced and demanding entertainment industry. In that position Bruce developed her skills in building and managing multiple high-level national marketing campaigns for more than ten years.

Bruce is an active member of Urban Land Institute (ULI), WLI, NAIOP and Valley Partnership along with many other charitable organizations which she will stay involved with in her new role. Bruce is a founding member of HARTT, an animal rescue organization. 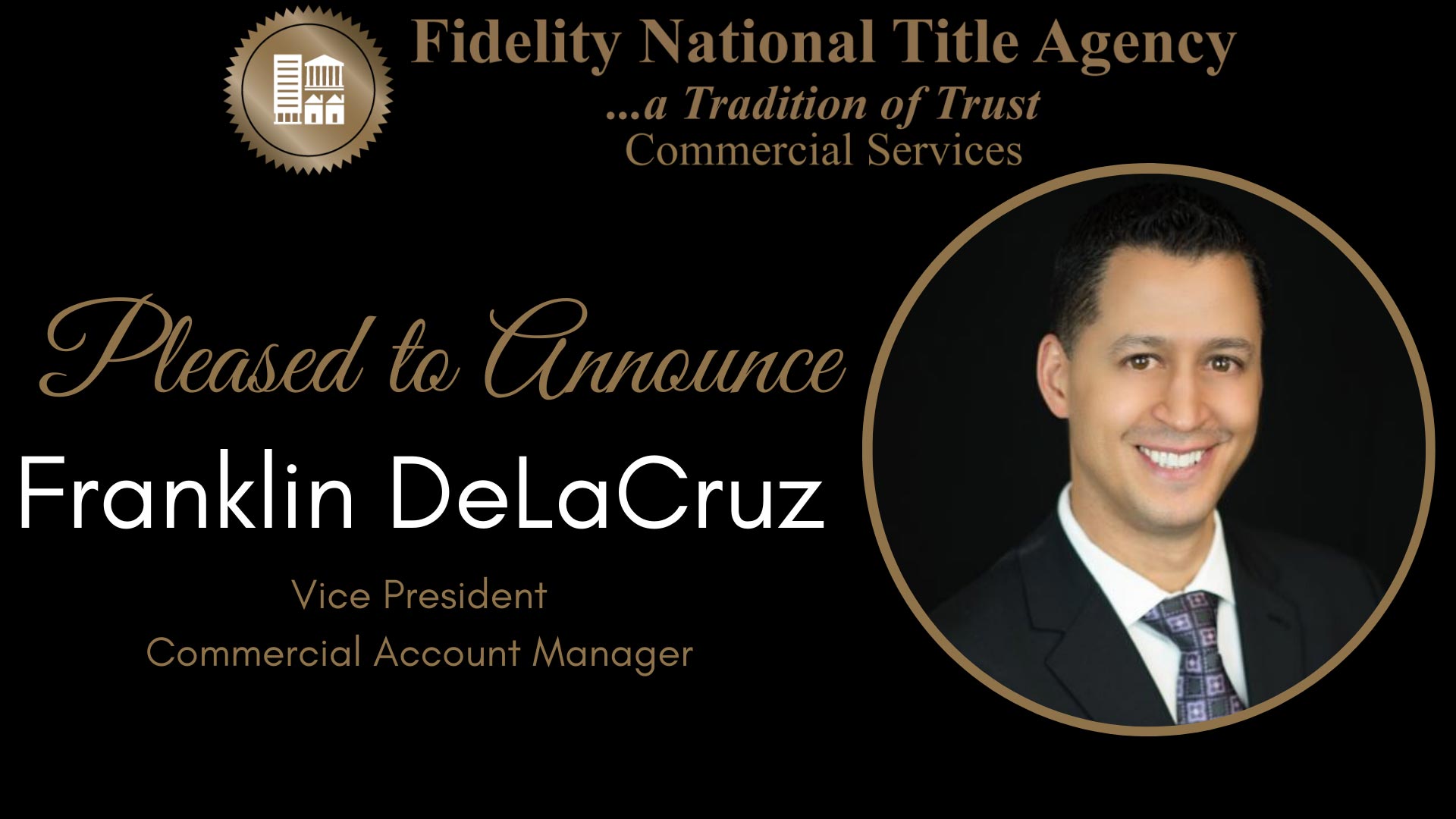 Prior to joining Fidelity, DeLaCruz was instrumental in raising private equity and consulting principals on repositioning and reselling distressed commercial assets with favorable returns. He has been a financial analyst, project engineer and project manager for national leaders in construction and provided oversight for acquisition and syndication of distressed asset portfolios.

“Fidelity National Title Agency’s plan for the growth of our commercial sales team, to include Franklin DeLaCruz, is very exciting,” said Mary Lou Paulk, Fidelity National President and County Manager. “We believe that his industry experience and background will be an additional value to our relationships within the commercial real estate community.

Originally from New York, DeLaCruz has been in the Valley for six years and is involved in Urban Land Institute (ULI), NAIOP, Valley Partnership, CCIM and the Arizona Real Estate Council.